Nigeria is one of teams with most appearances in the history of Africa Cup of Nations. The Super Eagles are taking part in the continent’s flagship competition for the 18th time in this ongoing Total AFCON, Egypt 2019.

Ahmed Musa's teammates are gaining momentum from match to match in this AFCON. After finishing second of Group B in Alexandria, behind the tournament surprise packs Madagascar, the Super Eagles eliminated defending champions Cameroon in the Round of 16. Gernot Rohr's men took the lead then returned from behind to emerge victorious.

In the quarterfinals, Nigeria faced the challenge of South Africa. The Bafana Bafana had eliminated hosts Egypt in front of their public from the previous round. Udinese defender William Troost-Ekong allowed the Super Eagles to advance to the semi-finals by scoring the winning goal a minute from time.

Historically, the Super Eagles will play their 15th AFCON semi-final on Sunday at the Cairo International Stadium. Absent in 2015 and 2017, the Nigerians who won the trophy in 1980, 1994 and 2013 will try to overcome Les Fennecs for a seventh AFCON final hoping for their fourth star

"We worked so hard to be here. I am very happy that we are now in the semifinals. We worked hard to win this match and it was not easy", man of the match Samuel Chukwueze said after South Africa’s game. 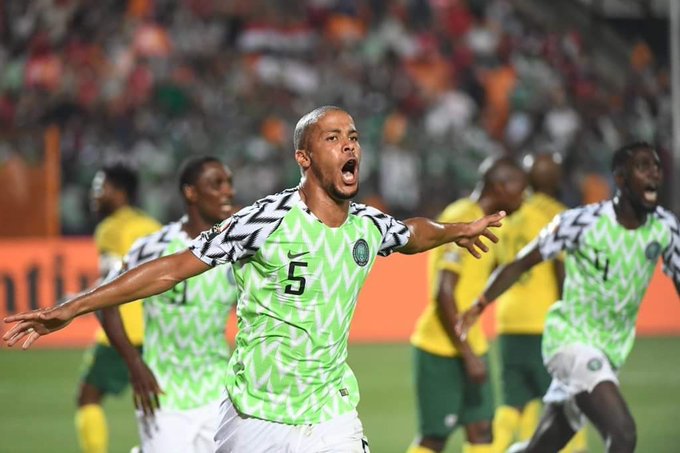